Testimonials from some of our past members 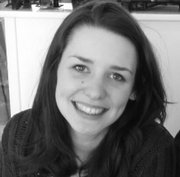 I can still remember how nervous I was before my first LCT workshop! It didn’t last long though because, within a few minutes of arriving, I felt welcomed. The best thing about LCT is you can go at your own pace- whether that’s just coming along to workshops or getting involved in the productions.

The weekly workshops built up my confidence and skills in a very gentle way and being part of the shows meant getting to experience how it felt to perform on stage and also learn from the adult performers. Throughout my time at LCT, I acted in shows, helped out backstage and even assisted running workshops sometimes! I was a youth rep on the committee for two years which meant I got insight into how a theatre company is run and how shows are produced. All of these invaluable opportunities are what helped lead me into the work I do now- producing theatre for children and families.

I left LCT in 2010 when I went to university, but I took all the skills and experiences I had gained with me. Whilst at university I performed as part of the National Student Drama Festival and, eventually, moved away from performing and began directing and producing my own shows. After University, I became the Assistant Programme Producer for the award-winning homeless opera company, Streetwise Opera, and Assistant Produced their production of The Passion, which was shown on BBC 4. I now work part time as the Assistant Producer for Theatre-Rites, a field leader in creating theatre for children. I continue creating my own work with my theatre company, Strung Up Theatre, and, last summer, we took a brand new version of The Jungle Book to the Edinburgh Fringe, complete with circus, live music and puppetry!

I wouldn’t be where I am now without the skills and support LCT has given me over the years. I still draw on the knowledge I gained from my time there and I feel very lucky to have been part of such a special group.

(June 2017)
Holly Conlon
Leeds Children's Theatre Member 1999-2010
I joined LCT around the age of 7 and have had a passion for theatre ever since. Attending LCT Saturday Morning Workshops gave me a lot of confidence and allowed me to develop my social and communication skills.  Saturday Mornings would be my favourite time of week – the only day I enjoyed getting up on a morning! From memories of trying on fabulous costumes with Mavis in a tiny little room in the Civic Theatre to giving my first Valentine’s card at a Saturday Morning Workshop I absolutely loved my time at Leeds Children’s Theatre and would do it all again in a heartbeat.

In 2010 I left Children’s Theatre and moved to Ireland to study Drama and English at Queen’s University Belfast. I became a member of the University’s Drama society and continued my love for acting performing in several student productions. I developed an interest in stage management and also became Festival Officer for the society and was responsible for organising their participation in the Irish Student Drama Association Festival – ISDA. In 2014 I was Festival Director when it was Belfast’s turn to host the festival and I was extremely proud to receive the special recognition award for my contribution towards the festival at the Queen’s Student Theatre Awards 2014. In my year of graduation, I had the honour of winning the Graduate Award at the Queen’s Student Theatre Awards 2013.
I believe that performing in shows from a young age has equipped me for a career within the arts sector and for that I am very grateful to the LCT team.
Currently I wish to pursue a career in Arts Festival Management and most recently I have been working at Belfast Festival at Queen’s and St.Patrick’s Festival, Dublin. I have extremely fond memories of Leeds Children's Theatre and have a huge amount of respect for the team behind such a wonderful organisation. Long may LCT continue.
Best of luck to past, present and future members in all of their ventures!
(April 2015) ​

I was a member of Leeds Children's Theatre 2004-2009. It gave me the confidence and experience to be where I am today. ​ 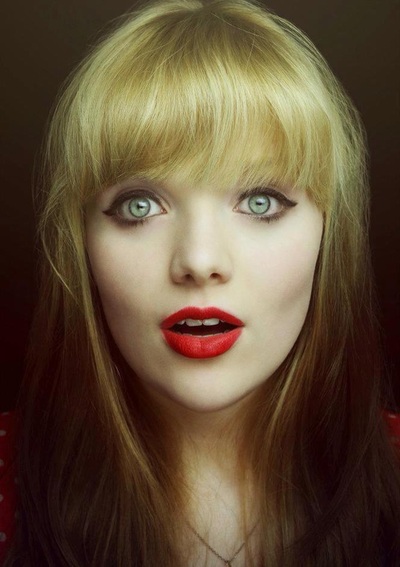 Robyn won the LCAG Youth Award in 2007
Since then I have left college with a triple distinction star in performing arts, completed an ATCL diploma in Speech and Drama and am currently at London drama school East 15 studying a BA Hons Acting and Contemporary theatre. I have also performed at the Edinburgh Fringe and London's Perfect Pitch Festival with Youth Music Theatre:Uk, performed lead parts across Yorkshire with various companies, performed in 'Cornucopia' at the Palace Theatre in comedy London's West End and have done a variety of film work including spy series 'Fingertip' and up and coming film 'The Knife That Killed Me.' I started my own company NUE Music Theatre and directed two 5* receiving shows and this summer shall be directing Ghost the musical in York for Pick Me Up Theatre. I am also an actor at the York Dungeons and in my spare time (if any) am writing my own plays.

My course is based on your own creativity and improvisation and I truly believe LCT helped me on this road! Judith, Ian, Janine, Steve and all of you behind the scenes I really can't thank you enough for how much you have inspired me! Xxxx
(21 June 2014)