"Leeds Community Arts Network (LeedsCAN) champions community participation in the arts in the Leeds area. We are not for profit, and community led. We firmly believe that access to the arts should be enjoyed by and open to all."

The LeedsCAN website is an external site to LCT and you can visit it using the link below.

Johnny and the Dead (Nov. 2019) was our only production considered for this year's awards due to productions having to be cancelled due to the pandemic closing all venues.
Leeds Children's Theatre members were nominated for awards in 3 categories at the 2021  Leeds CAN Guild Awards, and won all three.
Johnny and the Dead poster (designed by Dan) was awarded the Civic Theatre Poster Award
Lexie was awarded the Tony Hoyland Youth Award
Barry was awarded the Sue Elliott Award for Outstanding Service
A huge congratulations to Lexie, Dan and Barry. 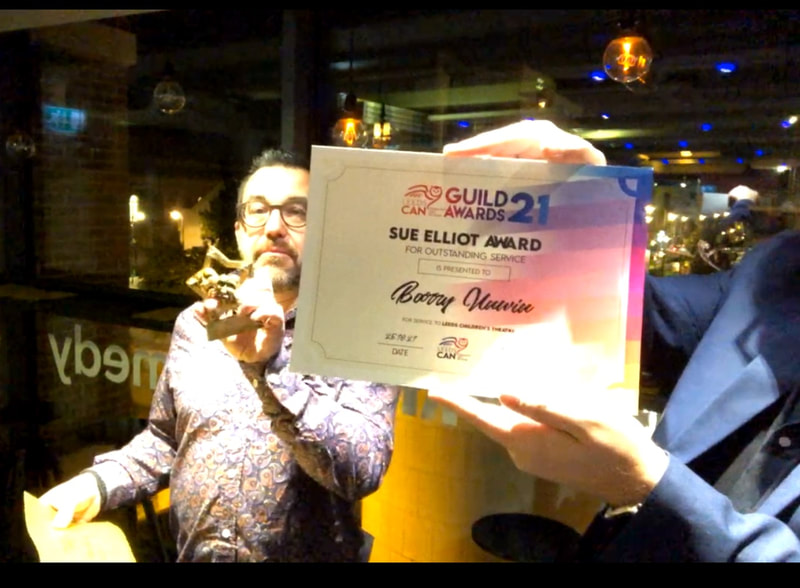 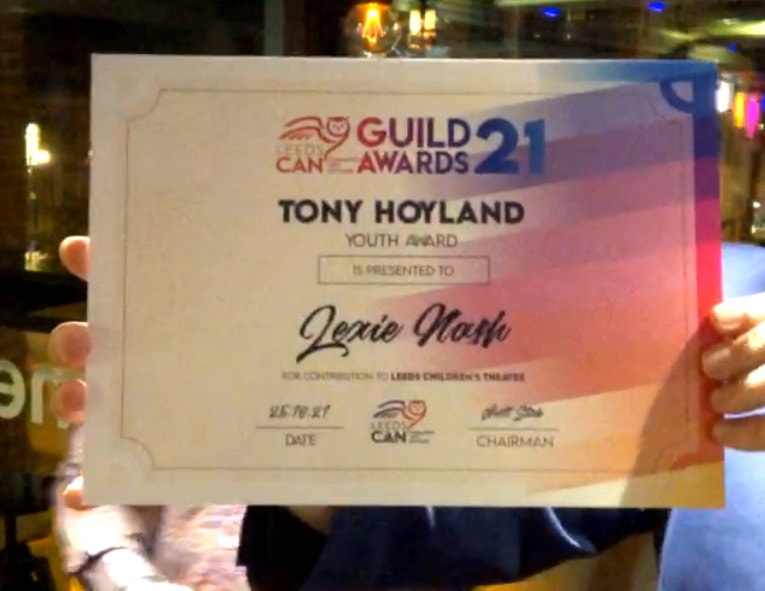 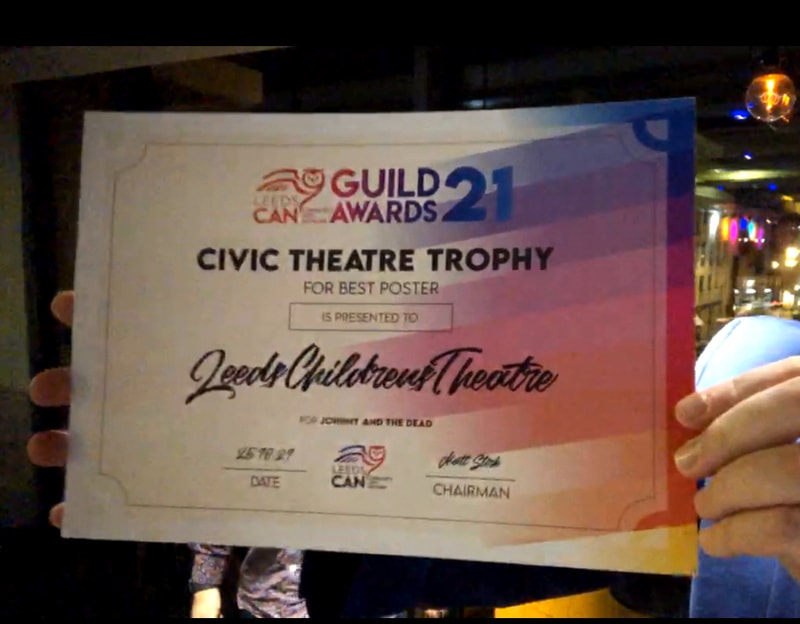 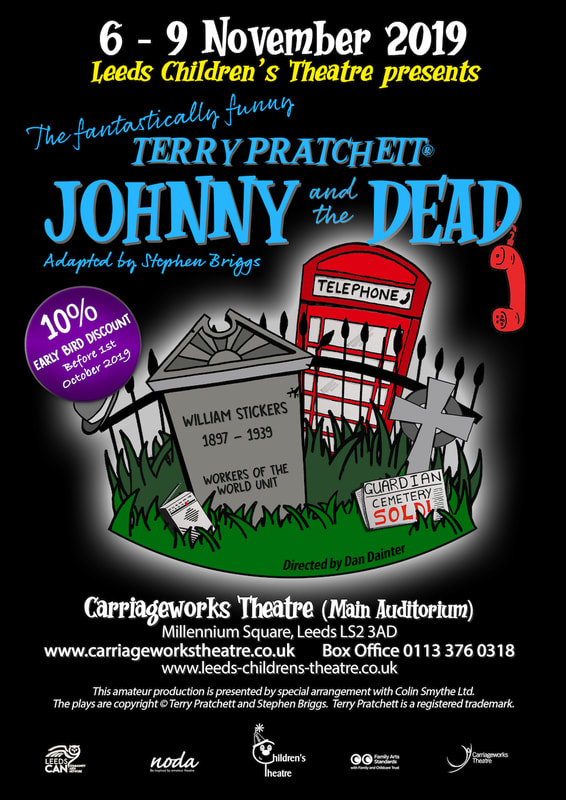 Johnny and the Dead (Nov. 2019), Fantastic Mr Fox (March 2020) was cancelled the day of the dress rehearsal due to Covid-19 when all theatres had to close.

Congratulations to all nominees from all of our Leeds CAN societies, it's been a fantastic season, here's to the next one! ​​

The Amazing Maurice and his Educated Rodents (Nov. 2016), Fairy Tale Courtroom (March 2017)
Congratulations to all of our members who were nominated for this year's Guild Awards, Judith Unwin, Ian Goodison, Caitlin Duggan, Harley McCormack, Jane Curtin and Jorge-Ann Cooper.
The ceremony took place on Saturday 2 September at the Carriageworks Theatre, where Judith, Harley and Jane received their Awards for their work with Leeds Children's Theatre. Another member of Leeds Children's Theatre, Janine Walker, also won an award for her performance in LIDOS' production of "Company" this season. ​

The Railway Children (Nov. 2014), The Diary of Anne Frank (March 2015)
Leeds Children's Theatre members had a stunning night at this year’s Leeds Civic Arts Guild Awards held at The Carriageworks Theatre, Leeds.  The group managed to walk away with a total of 6 of the major awards which included;