History of the building
The Civic Theatre occupied the building which was originally built as the Mechanics Institute, or to give it its proper name the Institute of Arts and Science.

In 1860, an architectural competition was announced for the building of a Mechanics Institute on a site in Cookridge Street, and the first prize was awarded to Cuthbert Brodrick, the Leeds architect who had designed the Town Hall and the Corn Exchange. The foundation stone was laid in 1865, it cost nearly £30,000 to build, and opened on June 18th 1868. 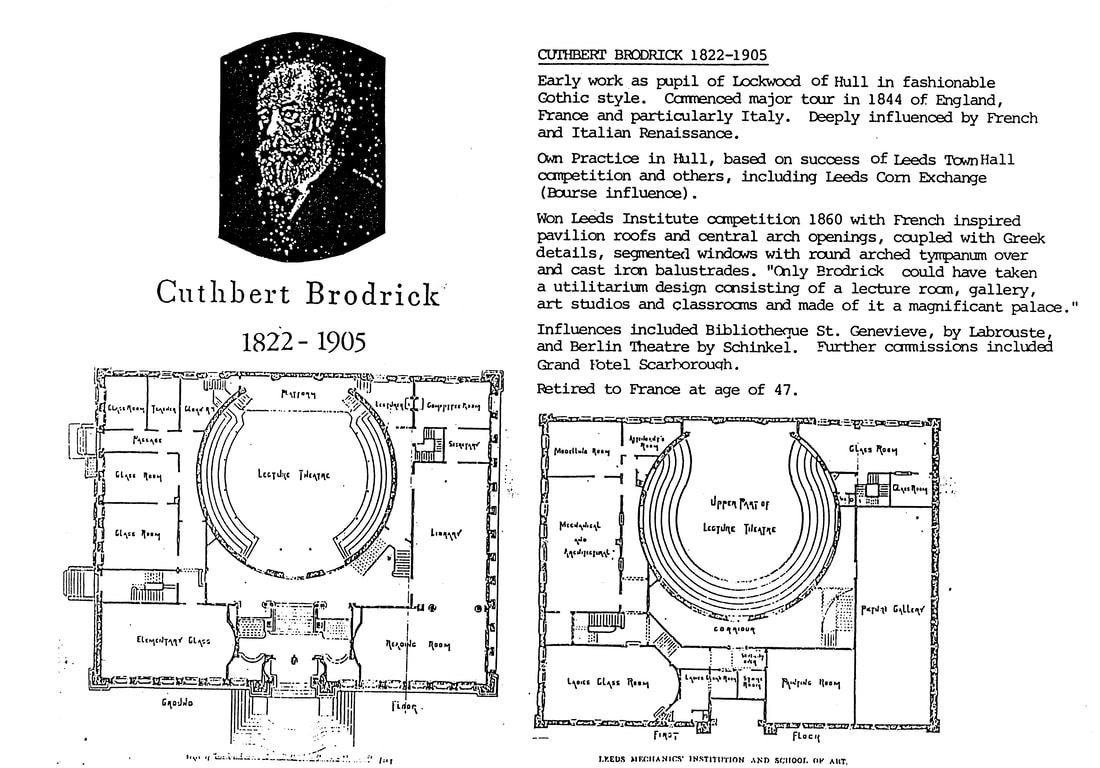 In 1925 the ​Civic Playhouse, affiliated to the British Drama League opened in the Albert Hall with a performance of 'Overture', a comedy by Sutton Vane.  It was hoped that this free theatre would be 'a place of entertainment and amusement and a common playground for all those who love the art of theatre.'  Admission to the Civic Playhouse was free, but a collection was taken at each performance, and patrons could support the theatre by becoming subscribers (initially six shillings for five performances.)
The main auditorium, named the Albert Hall, was converted to the Leeds Civic Theatre after the Second World War.  The main feature of the building was a circular lecture hall, with a gallery supported by cast iron columns. The circular lecture hall, the 'Albert Hall', measuring 73 feet in diameter, and 52 ft high could accommodate 1500 spectators.  Eventually the School of Art moved out in 1903, and the educational functions of the Institute were transferred to other buildings, although the Institute Library and The City of Leeds College of Music remained in the building. 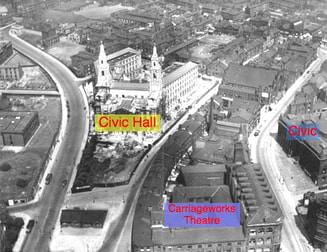 "Civic Theatre" & Civic Hall in 1930s
​
​After works carried out in August/September 1949, the building was officially opened as the Civic Theatre on 7th October 1949 .
No further changes were made to the theatre until 1983, when Clare Ferraby, who was responsible for the refurbishment of the Grand Theatre, was commissioned to re-design the Civic. The proscenium was re-modelled, using the original pillars and columns from backstage as inspiration for the design. The auditorium was renovated, and  the ceiling re-decorated with stencilling and gold leaf.  The chandelier was restored and the balcony fronts fitted with specially made brass light fittings. 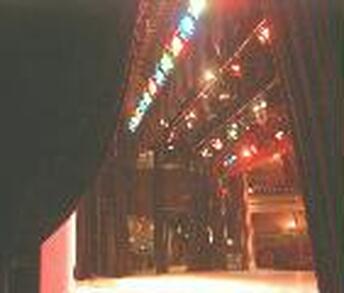 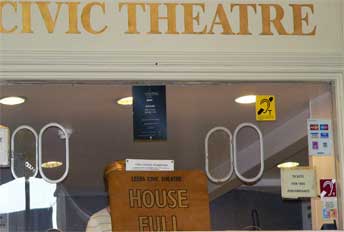 Box Office, Peter Pan, May 2005
The Civic Theatre closed in 2005 and through Heritage Lottery funding the building reopened as the City Museum in 2008. The Carriageworks Theatre was designed as 'the next stage in Leeds' and opened in November 2005. ​
(source: Leodis.net)