Although we don't have a theatre programme for Peter Starlight the costume designs do name some of the cast members alongside their characters.
Harold Burroughs as "Peter the boy-bishop"
Austin Sloan as "Cleremont"
Ian Hickman as "Gamaliel" 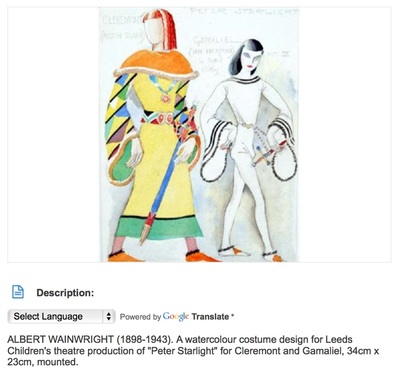 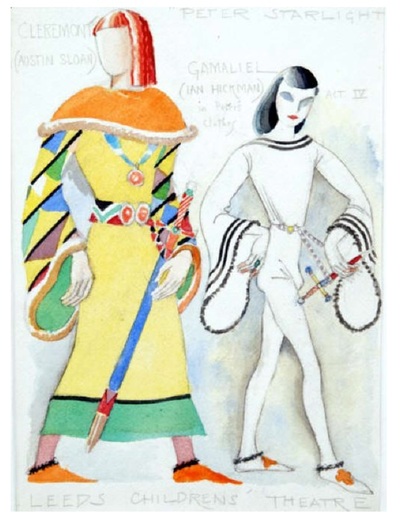 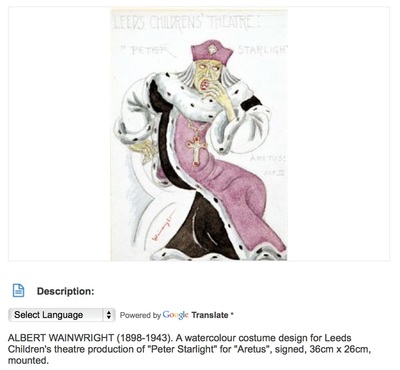 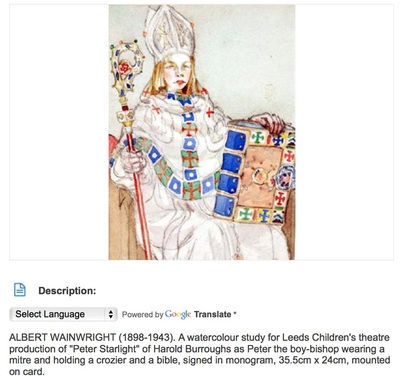 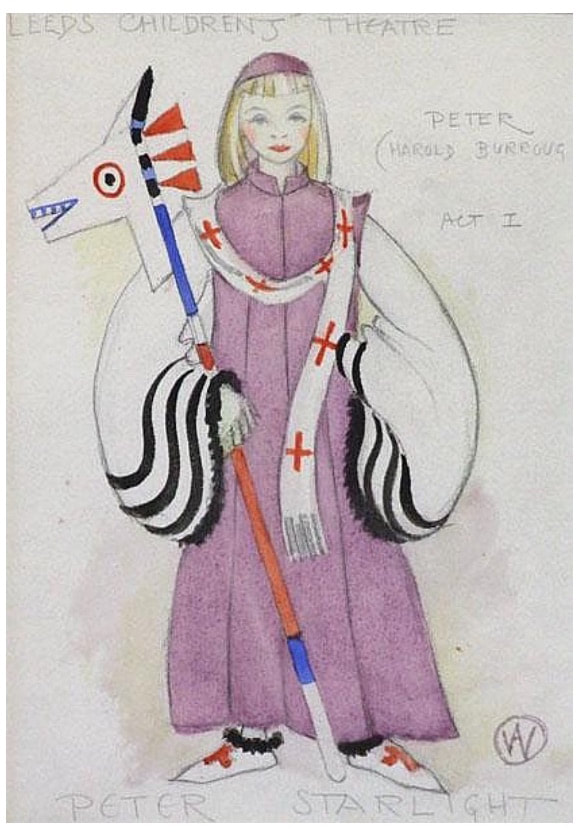 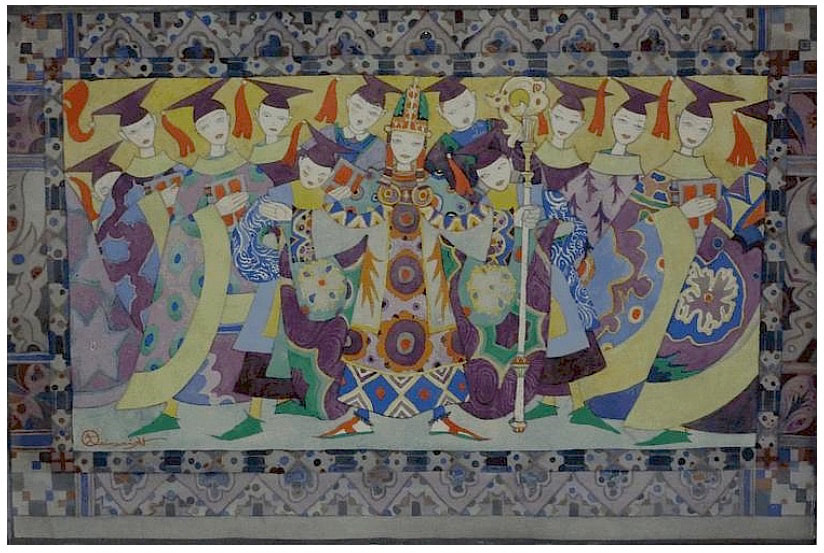 Peter Starlight was written by Leeds Children's Theatre member Albert Wainwright. Mr Wainwright was an artist by profession and designed the costumes for the production. Some of his original designs have survived in private collections as well as museums both here in the UK and overseas.
Peter Starlight was also adapted for radio broadcast. A search of the Radio Times archive shows that it was broadcast on Regional Programme Northern on 23 December 1935, at 5.15pm 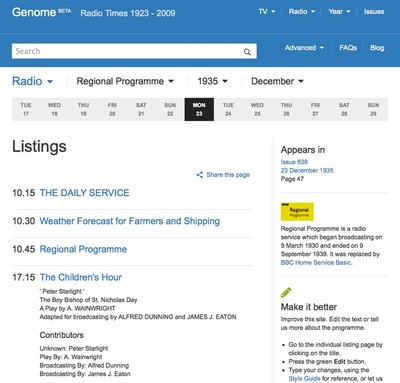 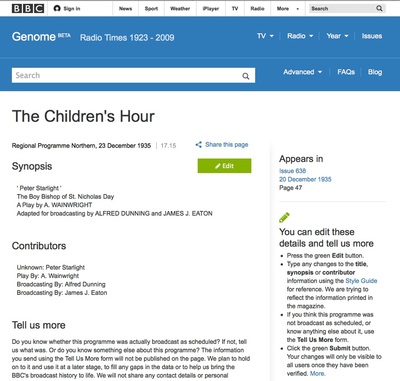